The first Solar Cells were invented in the 1800’s, but they were not a useful source of energy only being 1% efficient. The first useful silicon panel was invented in 1954 with an efficiency of 6%.

For many years solar panels in Wales were only seen on expensive properties owned by the “reasonably well off”. However, over the past decade things have changed.

How do Solar Panels work? 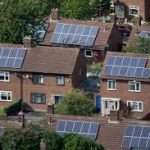 A solar panel system, aka a solar photovoltaic (PV) system changes sunlight into electricity. The electricity produced is “Direct Current (DC)” which enters an “inverter” where it changed to an “alternating current”, which can then be used to run appliances in your home.

The electricity can also be stored in a battery for use later, or if it is not used or stored it will be sent into the National Grid for somebody else to use.

You can be paid for the electricity that you send to the “grid”. The average payment to you is about 4p/kWh.

That same electricity that you generated, will be used by someone else down the line, and they will be charged about 28p/kWh on average.

This could be an argument for having a battery system installed – you would be 24p/kWh better off storing the electricity to use later. However, battery systems are not cheap, you are looking at about £2,000 for a 3 kilowatt hour battery.

What types of solar panels are there. 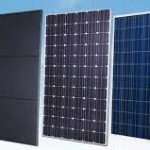 Basically, there are 3 types of solar panel – Monocrystalline, Polycrystalline and Thin Film.

Monocrystalline (Mono) solar panels – These are made of a single piece of Silicon. These are regarded as the most efficient type of solar panel. They are black in colour, and have the highest efficiency rates of 15% to 20%.

Because they are made from a single piece of silicon there is more waste from “cut offs” However, some of the waste is used to manufacture Polycrystalline (Poly) panels.

They are the most expensive solar panels used for domestic homes, excluding bespoke panels. 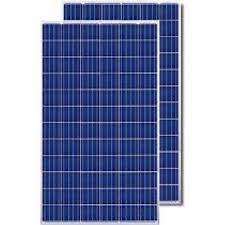 Polycrystalline solar panels – Poly solar panels are made by melting a number of pieces of silicon together. As a result of this they have a lower efficiency level then Mono solar panels at 13% to 16%.

They are normally blue in colour and cheaper than Mono panels to produce and buy. Because of the way that they are made they are a little less tolerant to temperature change and thus tend to have a very slightly shorter lifespan. 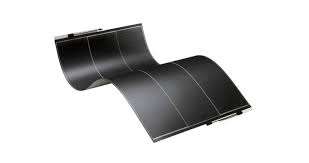 Thin Film Solar Panels are easier to produce, require less material and are the cheapest on the market.

They are the least efficient (4x less efficient than mono) and require the most space. They also have the shortest lifespan.

Because of their flexibility they can be used for bespoke applications.

Is there still a “Feed in Tariff”?

Each year the FiT rate for new solar panel installations was reduced and the payment period was reduced to 20 years. With inflation rates being relatively low until this year (2022) the 2010 installations are receiving about 59p/kWh and with a further 13 years to run. 10% inflation this year would add just under 6p to the FiT.

Today you can get the Smart Export Guarantee (SEG) instead, but it is nowhere near as good as the FiT.

Or complete an Enquiry Form